This Swedish band, founded in 1972, instantly won the audience’s love, as they were performing popular at the time pop, eurodisco and glam rock. Until present Abba are considered one of the best bands in the history of pop music. The record sales were incredibly high and their singles and were always at the top of the music hit charts.

The band is named after its members, A for Agnetha, B for Bjorn, B for Benny and A for Anni-Frid. Each of the artists had a solo career and was successfully performing until Abba was formed. Bjorn was the lead singer and guitarist of a youth band, Benny played keys for a Swedish band «Hep Stars», Anni was one of the young music talent contest winners and Agnetha was known for composing and performing her own music.

The band was formed at the end of 1970-ies, however their name was officially established in 1973. The debut single was «Waterloo», performed at the Eurovision song contest it became world famous. In about a year’s time the band went on their first international tour. They performed 11 shows in Australia in 1977 and instantly won the audience’s hearts. In another year Abba reached the peak of their popularity. The band continued releasing new songs, making video clips and performing on stage.

Despite their huge popularity in Europe, Abba weren’t too well known in the USA. Their singles came up in the music hit charts, but the album sales were low. The most successful album was «Arrival» released in 1976. Their one and only tour in the USA happened in 1979, however the artists had to stop performing because Agnetha never felt entirely comfortable as a stage performer.

At the beginning of the 80-ies the bands creative energy was decreasing, in 1982 they produced their final single «Under Attack», in 1983 Abba unofficially broke up. However a few years later Abba reunited to work on new projects and release more music.

Throughout their career Abba released 8 studio albums, 7 compilations and 73 singles

The debut album that was released several times in different countries, it is well known for its dance rhythms. The most popular song of the album is “Ring Ring”

The album was the first one released in the USA, featuring a variety of rhythms, including reggae, folk rock, euro disco and elements of hard rock. Male vocals are prevailing, similarly to the first album. The most popular songs of the album are Hasta Manana and Waterloo, performed during the Eurovision song contest.

The first album released in the USSR, voted the best album in 1978. The record is featuring an instrumental track “Intermezzo №1”

Often considered one of the best ever, the album that became platinum in multiple European countries, Australia and the USA. This record is featuring several world-famous songs, such as “Dancing Queen”, “Money, Money, Money” and the instrumental version of “Arrival”

The album that’s had the most American influence, as confirmed by the band members in the interview, the one that occupied the top positions in the US music charts. Featuring songs from “The Girl with the Golden Hair” musical, which was touring around the world.

The record best known for its dance rhythms, as well as some rock songs. At the time of this record creation the band members had a large variety of songs to select from, that’s why they decided to combine multiple different styles.

The most sold album in the United Kingdom. The band moved away from the genre of disco, as it was losing its popularity in Europe. The tracks featured in this album are pop, the most popular one being “The Winner Takes it All”

The first album released on a CD, recorded in a studio equipped with the modern  digital technology. The songs are expressive and emotional, reflecting the feelings of each one of the band members. “Like An Angel Passing Through My Room” deserves a particular attention, as it is the only song of the band featuring a solo vocal. 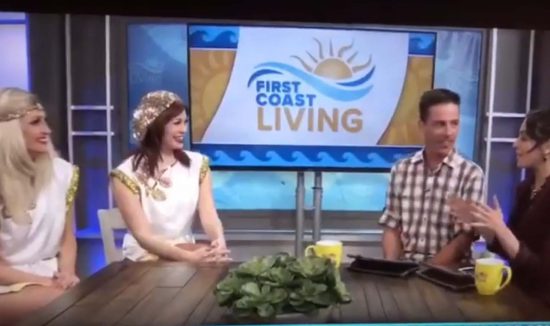 If you want to make your party truly unforgettable and surprise your guests with great dance music, you should consider booking a show of ABBA. Their lively cheerful music and love songs will be a great final touch to any event.

You can book ABBA for a public show, festival, corporate party, New Year’s party, birthday celebration, wedding, presentation and any other type of event on the official website of ABBA Tribute Show.

Please note that the artist is popular in the UK, as well as everywhere else in Europe, advance event booking is recommended.

Please contact us via the form below on the website directly to confirm the availability and the fee for the event.